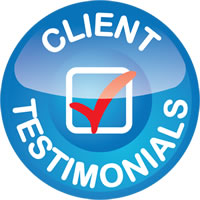 Fast, friendly, professional service. That’s what you’ll hear when you ask customers about Peach State Garage Doors. Below are just a few of our many, five star reviews.

Read more of our great reviews at HomeAdvisor.

“We had a great experience with Peach State Garage. They were fast and friendly. Their price was better than other estimates we had gotten. The work was very neat and organized.”
— Ben in Winder

“Terry from Peach State called me before I was able to get off the phone with the Home Advisor resource. He was between jobs and came right over, He had the needed parts on his truck and was able to fix the door in an hour. He also inspected another garage door that we have and gave recommendations at no charge. I would hire Peach State Garage Doors again with no hesitation.”
— Bill in Buford

“As many others have mentioned, Terry was very punctual, professional, and friendly. He gave me a phone call almost immediately after I submitted my request on the website and set up a time to come out to our house the next morning. He easily identified the problem and proceeded to replace the motor quickly and professionally. We are very pleased with the job that he’s done for us and would definitely recommend him.”
— Helen in Atlanta

“Terry called within 5 minutes of my online request.  He was out the next morning to access the damage to our garage door. Then 2 days later, I have new garage doors!! Awesome service.”
— Erik in Athens

“A Super Skilled Pro. Arrived perfectly on time as scheduled. A skilled technician who worked smoothly like a garage door doctor. A faultless clean neat installation, done quickly and professionally.”
— James in Lula

“Arrived on time, called ahead of the appointment. Did a great job. Even checked out other garage door and fixed a wireless keypad that has never worked. Great job!”
— Kristie in Dacula

“Terry called me within minutes of sending my request and came right out. The repair was performed within an hour. Everything is working great. He cleaned up everything and hauled away old parts. He was fast, friendly, and professional. I would use him again and highly recommend him to others. Thanks Terry!”
— Tom in Marietta

“Peach State gave us a quote on Thursday and was here the next morning. The craftsmanship was excellent and his price was less than all others even with a higher-end garage door. The customer service and value would lead me to refer Peach State to anyone who needs a garage door install or replacement.”
— Gina in Dacula

“The spring on our door snapped during a busy morning. I called a couple of repair companies and felt like everybody was giving me the runaround on estimates; nobody would commit to a price just for the repair. They seemed to want to sell me other services. Then I called Peach State Garage Doors. I got Terry immediately. He was straightforward and friendly, gave me an estimate, and was at my home when he said he would be. He got the spring replaced quickly, for the price he quoted on the phone, which was lower than everyone else. I now recommend Peach State Garage Doors to all my friends and neighbors.”
— Rich in Lawrenceville